The project scope called for the Installation of a 200kW Solar PV system on Codan’s Mawson Lakes facility. In order to maximise the available roof area, the system design was split evenly across the two main buildings of the facility with 100kW installed on each building area. On the southern building there were some sections of the roof that had shading impacts.

Two different inverter solutions were chosen for the site.

Installing equivalent sized systems with equal orientations and comparable inclinations provided an opportunity to make comparisons of their respective system performance despite shade impacting the southern building. Both systems were monitored by Solar Analytics which provided expected generation and actual performance over a 3-month period during Autumn 2020. The system featuring SolarEdge Inverters and Power Optimisers yielded 6% higher output for the period despite the partial shading. 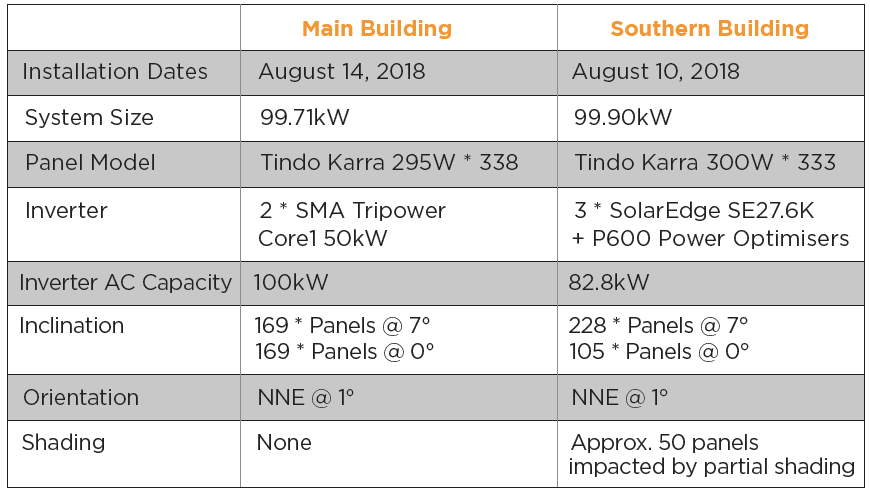 Quality guaranteed with a 25 year warranty – one of the only solar modules in the world that has such a long product and performance warranty.

Commercial solar power is more affordable and attractive than ever. Solar is a proven way to reduce your business’s electricity costs without affecting your day-to-day business operations. Solar for your organisation is a hassle free, low risk and high yield investment, with a potential ROI of up to 40%. Solar panels provide a guaranteed year-on-year output for up to 25 years.